Being the authority in elemental determination by combustion/fusion in organic and inorganic materials, LECO offers a diversified range of technologically advanced analytical instruments.

The efficiency and speed of the TruSpec Micro CHN and CHNS is a result of the unique combination of a flow-through carrier gas system used in conjunction with individual highly selective, infrared (IR) and thermal conductivity detection systems.

A weighed micro sample is placed into the autoloader of the TruSpec Micro and is automatically dropped into the high-temperature combustion furnace, allowing the sample to combust. This combustion converts carbon to CO2, hydrogen to H2O, nitrogen to N2, and sulfur to SO2. The combustion gases are swept from the furnace, through scrubbing reagents, and onto the detection systems as they are being released. Independent IR detectors are used for simultaneous detection of carbon, hydrogen, and sulfur. Nitrogen is measured using a thermal conductivity detection system. The entire analysis cycle is complete in approximately 4 minutes.

The optional micro oxygen add-on module enables the TruSpec Micro to determine oxygen content in organic matrices and is compatible with the both the TruSpec Micro CHN and CHNS models. Samples being analyzed for oxygen are placed into the autoloader of the micro oxygen add-on module and automatically dropped into a high-temperature pyrolysis furnace. The oxygen released during pyrolysis of the sample reacts with a carbon-rich environment in the furnace to form CO. The CO is swept from the furnace and converted to CO2 before measurement via infrared detector (approximately 1 minute analysis time).

Easily handle heterogeneous, difficult to prepare, or low analyte level samples with the 928 Series Macro Determinator for determining Carbon/Nitrogen/Sulfur and Nitrogen/Protein by Combustion. State-of-the-art hardware and our exclusive Cornerstone® touch-screen software platform provide your laboratory with an increase in throughput, uptime, and reliability. Macro sample mass ability (up to 3 grams for Nitrogen/Protein model regardless of sample carbon content) with rapid cycle times and a low cost-per-analysis make the 928 Series ideal for these challenging macro samples.

Our GDS900 Glow Discharge Spectrometer (GDS) offers you state-of-the-art technology designed specifically for your routine elemental determination in most conductive solid matrices. User-friendly Cornerstone® brand software is brought to the platform for increased usability, simplified reporting, and streamlined analysis times—saving you time in your lab.

Our Glow Discharge Atomic Emission Spectrometers provide accurate bulk analysis and quantitative depth profiling for a variety of metal materials. The GDS850 covers a wide spectral range from 120 to 800 nm and may be configured with up to 58 channels, so you'll have a customized solution for your lab.

Carbon and Sulfur Analysis by Combustion

Easily analyze your wide-range carbon and sulfur content with our CS844 for the determination of carbon and sulfur in primary steels, ores, finished metals, ceramics, and other inorganic materials using the combustion technique. State-of-the-art hardware and our exclusive Cornerstone® touch-screen software platform provide your laboratory with increased usability and a lower cost-per-analysis.

The 844 series is ideal for the following applications: primary steels, ores, finished metals, ceramics, alloys, and other inorganic materials.

The ONH836 Oxygen/Nitrogen/Hydrogen Elemental Analyzer is designed for wide-range measurement of oxygen, nitrogen, and hydrogen content of inorganic materials, ferrous and nonferrous alloys, and refractory materials using the inert gas fusion technique. Automation and our Cornerstone® brand touch-screen software come together to streamline your analysis, while a robust design ensures reliability.

The 836 series is ideal for the following applications: inorganic materials, ferrous and nonferrous alloys, copper, aluminum, titanium, and refractory materials.

Sulfur and Carbon Analysis by Combustion

LECO’s 832 series will bring productivity, precision, and progress to your lab when determining the sulfur and carbon content in a wide variety of organic materials. Our Cornerstone® brand software platform powered by a touch-screen interface, increases usability and operational control without using valuable bench space. A high-efficiency combustion furnace, improved IR cell design, and a robust, rugged design make the 832 a valuable resource for any laboratory needing fast and accurate analysis.

By incorporating state-of-the-art hardware and an on-board, touch-screen software platform, the 828 Series allows you to easily handle a wide range of sample applications. The core capabilities and performance of previous generations of LECO macro combustion instruments have been maintained, while key improvements have been made in throughput, uptime, and reliability. All 828 Series models are compatible with the S832 add-on providing independent sulfur determination. Macro sample mass capability paired with cycle times as fast as 2.8 minutes make the 828 an ideal instrument for a diverse applications base, while delivering unparalleled sample analysis throughput.

Carbon and Sulfur by Combustion

Redefine the way you determine carbon and sulfur in metals, ores, and other inorganic materials with our 744 series. Using extensive customer feedback and innovative engineering, the 744 takes advantage of our immersive Cornerstone® brand software platform and a number of features, such as an improved IR cell design and available automation, come together to increase usability, lab productivity, and lower your cost-per-analysis.

Transform your Oxygen and Nitrogen determination in inorganic materials, ferrous and nonferrous alloys, and refractory materials with our ON736 elemental analyzer. It features an easy-to-use, touchscreen Cornerstone® software, a high-performance detector design, and a number of optional, customizable features to provide the optimal solution for your lab.

The 736 series is ideal for the following applications: inorganic materials, ferrous and nonferrous alloys, copper, aluminum, and refractory materials.

Get fast, reliable carbon and water determination with our RC612. This state-of-the-art instrument quantifies the carbon and water present in various organic and inorganic samples, and identifies the source of several types of carbon content. The RC612 has a small footprint, along with easy-to-use operating software for streamlined analysis.

Determine the hydrogen content (at low levels <2 ppm) in your aluminum, other metals, refractories, and inorganic materials with our RHEN602. Multiple method selections assure optimal furnace and analysis settings for each sample matrix. Onboard diagnostics minimize your downtime and keep your lab running smoothly.

Since the introduction of the first rapid carbon determinator in 1936, industries around the world have trusted LECO Corporation to deliver technologically advanced products and solutions for organic and inorganic analysis. Today LECO is recognized globally as a leader in the development of high-quality analytical instrumentation, next generation mass spectrometers and chromatographs, metallography equipment, and consumables. 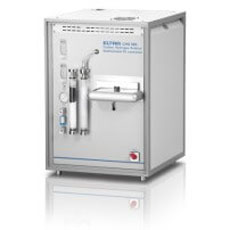 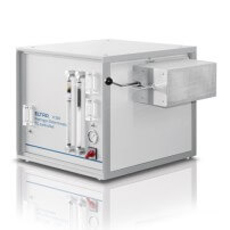 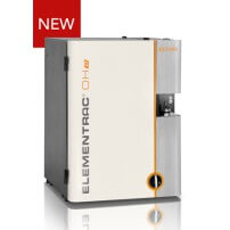 [Leco, Carbon, Hydrogen, Nitrogen, Protein, Sulfur, Organic elemental analysis]
You are now leaving our website. Please click "proceed" or "cancel" if you wish to remain on this website.
Proceed Cancel