The escomatic D5 CNC ULTRA is a new development based on the escomatic D2 CNC. In addition to the turning operations and based on the same principle well known by the users of the NM 64X, it is possible to machine the front and the back side of the part. On the front side drilling, tapping and threading is possible with three axially positioned spindles. After the cut-off of the part the back side can be machined simultaneously to the front side spindles and/or the turning operation by means of two axially and one laterally positioned spindles. With a tool head speed of 12‘000 min-1 and 18‘000 min-1 for the front and back working spindles this new machine offers the turning performance of a D2 CNC with ultra-performing secondary machining operations.

The machine base is new and has been adapted to the space requirement of the new concept. The straightening unit, the material feed unit and the rotating tool head are absolutely identical with the D2. The counter collet and the system for the front machining with the three axially positioned spindles are mounted each on its own table with two CNC axes each.

For the back machining two axially and one laterally mounted spindles are available. Simultaneous machining of the back side during the turning process and/or the front machining is possible.

The tooling is the same as for the D2 CNC and except for the guide bush and the counter collet compatible with older cam driven escomatic D2 machines. The escomatic D5 CNC ULTRA is equipped with a FANUC 0i CNC control system, the programming is done in ISO codes.

For over 60 years, the ESCO company has been dedicated to and specialized in the development and manufacturing of automatic and numerically-controlled lathes used for the production of small diameter parts ranging from 0.30 to 8.00 mm. Unlike conventional lathes, escomatic lathes are based on a unique concept. The material, which is coil stock or bar, does not rotate. The cutting tools are mounted onto the tool head which rotates around the material to produce the components. ESCO SA is represented by Agents or Distributors experienced on Escomatic products in more than 20 countries. 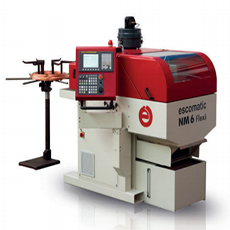 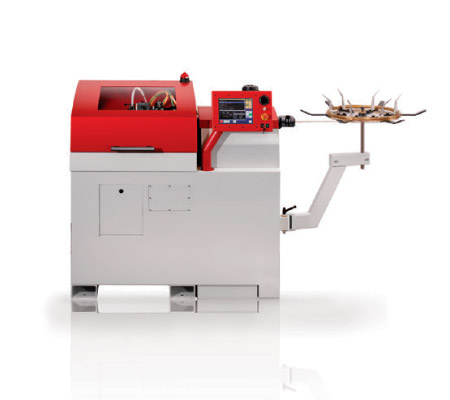 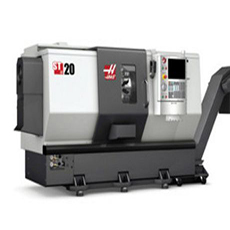 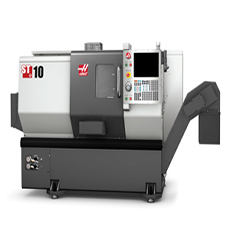 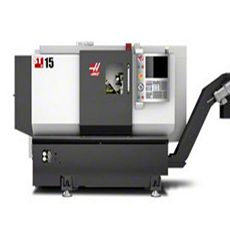