The machine was created for deburring edges on linear cut pieces of shears, punching machines with micro junctions, plasma, lasers, and performs the two chamfers on both sides of the piece in one pass, ensuring a significant reduction in processing times. It consists of a cabinet base, which can hold spare abrasive belts and any accessories and is equipped with four swivel wheels, two of which with brakes. Variable speed conveyor belt unit, which can be tilted up to 30 ° to facilitate the insertion and alignment of the pieces during automatic processing. The speed of the conveyor belt can be read on a display directly in meters / minute and can be varied by acting on the appropriate potentiometer.

The 844 model is made up of a fixed chamfering head equipped with two crossed free belts for chamfering from 0.1 to 1 mm on any type of material with thicknesses from 0.2 to 30 mm. The adjustment to the thickness of the pieces takes place via a practical handwheel.

The 845 model consists of the 844 head and a second head with a free vertical belt with respect to the sliding direction of the belt for the removal of micro joints or slag produced by cutting.

The model 846 is composed of the head 844 and a second horizontal head with tape on contact wheel, oscillating in order to ensure greater length of the tape, which also allows processing of polishing and polishing of the edge.

Equipped with self-filtering suction system for collecting dust directly from the processing point.

GECAM has developed and manufactured machines for grinding, polishing, deburring and finishing of sheet metal. GECAM's innovative machines can work on objects with various shapes, sizes and materials, from stainless steel to iron and copper. GECAM's machines can be applied to a wide variety of industrial fields.

With DKSH's well established market access and coverage of the Aerospace, Automotive, Die and Mold, Education and Academics, Semiconductor and Electronics industries in Malaysia, we will assist in the sales of GECAM machines, while simultaneously developing our global presence in these sectors. 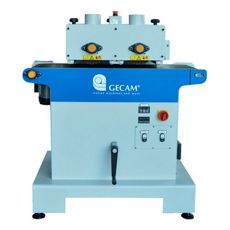 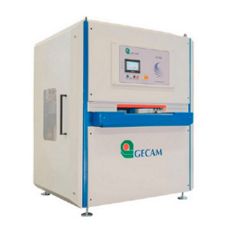 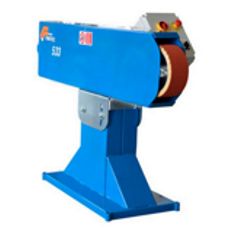 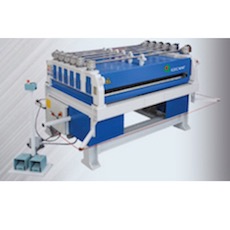