The technology has come a long way since Japan utilized the first generation of GaN-based white-emitting (blue-pumped phosphor) LEDs during the late 1980s and early 1990s for business sectors like automotive, signage and general lightings. As today’s consumers and industries demand cleaner energy and environmentally-friendly solutions driven by technological innovations, LED products are rapidly becoming more efficient while helping to reduce energy costs.

Here are two areas of developments on GaN-based technologies to be aware of.

Silicon-based LED offers a variety of advantages including low cost and compatibility with the existing semiconductor manufacturing infrastructure. GaN-on-silicon can deliver over 70 percent power efficiency, and upward of four to six times power per unit area with scalability to high frequencies.

By developing GaN LEDs on silicon substrates and integrating the two materials, several technical challenges must be addressed. The main challenges are the large lattice mismatch between GaN and silicon, and the large difference in thermal expansion coefficients.

Control of strain and wafer bow is critical for the epitaxial process and this requires very fine control over both absolute wafer temperature and temperature uniformity. Thin-film LEDs fabricated from these materials have efficiencies on par with the best efficiencies of LEDs grown on conventional substrates.

This is where GaN-based nano-LEDs are developed as core elements of a novel on-chip super-resolution microscope. Because of its relatively slow GaN surface recombination, GaN micro-LEDs have a high efficiency even at very small dimensions, upon which the surfaces usually play a dominant role in carrier recombination. This contrasts with conventional InGaAlP LEDs where the efficiency substantially decreases for dimensions smaller than 20 µm.

This technology truly opens a broad landscape of applications, targeting the area of super-resolution. A platform of several individually switchable nano LEDs with a nanoscale pitch allows the creation of light patterns with unprecedented spatial resolution. Applications of such chip-based structured illumination systems extend from the emission of controlled light patterns for twisted light to spatially resolved illumination in optogenetics experiments.

Testing and analysis for GaN technologies

Growing a high-quality large-sized GaN crystal is becoming important because of its wide engineering applications in optoelectronics and power devices. As X-ray diffraction (XRD) rocking curve measurements are performed at several points on the wafer, this method is suitable for understanding the one-directional orientation of the local structure.

Currently, X-ray diffraction is a powerful analytical method for characterizing materials and understanding their structural features, particularly in the field of GaN deposition.

GaN-based technologies are helping to increase efficiency and lower production costs. They also offer many benefits including faster devices, fewer losses when charging and discharging devices, less power needed to drive the circuit, smaller devices on the circuit board and, ultimately, help lower product cost.

Contact us to know more about GaN-based technologies and how your business can benefit from the available testing and analysis solutions we have at DKSH that can help you build products that are designed for the future.

Alan Boey has been in the X-ray analytical instrument business for the past 14 years, servicing various industries from minerals and mining, metal manufacturing to electronics and semiconductor businesses. Alan is now engaged with DKSH as a regional product manager for Southeast Asia, specializing in X-ray analytical instruments and providing solutions to fulfill market requirements in material analysis with X-ray diffraction techniques as well as elemental determination via X-ray fluorescence methods.

How to evaluate lyophilization for molecular reagents and assay products?

Understanding the health and economic impacts of particulate matters 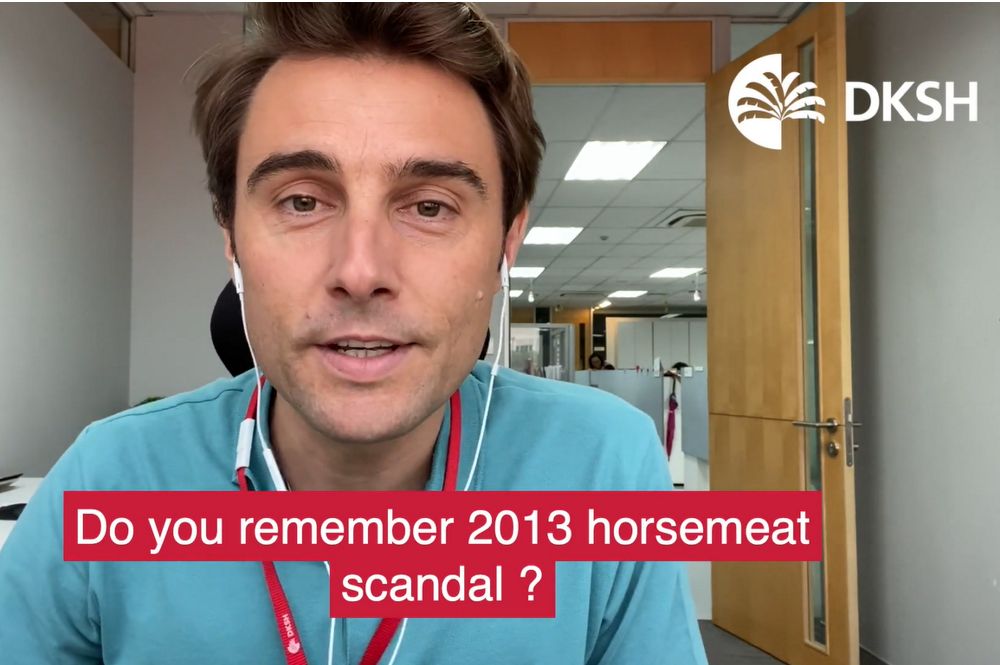 Revisiting the horsemeat scandal and how technology can reduce food fraud